A succubus is a Lilin-demon in female form

A succubus is a Lilin-demon in female form, or supernatural entity in folklore (traced back to medieval legend), that appears in dreams and takes the form of a woman in order to seduce men, usually through sexual activity. The male counterpart is the incubus. Religious traditions hold that repeated sexual activity with a succubus may result in the deterioration of health or mental state, or even death.

In modern representations, a succubus may or may not appear in dreams and is often depicted as a highly attractive seductress or enchantress; whereas, in the past, succubi were generally depicted as frightening and demonic.

The word is derived from Late Latin succuba "paramour"; from succub(āre) "to lie beneath" (sub- "under" + cubāre "to lie in bed"),[1] used to describe the sleeper's position to the supernatural being as well. The word "succubus" originates from the late 14th century.[2]

According to Zohar and the Alphabet of Ben Sira, Lilith was Adam's first wife, who later became a succubus.[3] She left Adam and refused to return to the Garden of Eden after she mated with archangelSamael.[4] In Zoharistic Kabbalah, there were four succubi who mated with the archangel Samael. There were four original queens of the demons: Lilith, Eisheth, Agrat bat Mahlat, and Naamah.[5] A succubus may take a form of a beautiful young girl but closer inspection may reveal deformities of her body, such as bird-like claws or serpentine tails.[6] Folklore also describes the act of sexually penetrating a succubus as akin to entering a cavern of ice, and there are reports of succubi forcing men to perform cunnilingus on their vulvas that drip with urine and other fluids.[7] In later folklore, a succubus took the form of a siren.

Throughout history, priests and rabbis, including Hanina Ben Dosa and Abaye, tried to curb the power of succubi over humans.[8] However, not all succubi were malevolent. According to Walter Map in the satire De Nugis Curialium (Trifles of Courtiers), Pope Sylvester II (999–1003) was allegedly involved with a succubus named Meridiana, who helped him achieve his high rank in the Catholic Church. Before his death, he confessed of his sins and died repentant.[9]

According to the Kabbalah and the school of Rashba, the original three queens of the demons, Agrat Bat Mahlat, Naamah, Eisheth Zenunim, and all their cohorts give birth to children, except Lilith.[10]According to other legends, the children of Lilith are called Lilin.

According to the Malleus Maleficarum, or "Witches' Hammer", written by Heinrich Kramer (Institoris) in 1486, succubi collect semen from men they seduce. Incubi, or male demons, then use the semen to impregnate human females,[11] thus explaining how demons could apparently sire children despite the traditional belief that they were incapable of reproduction. Children so begotten – cambions – were supposed to be those that were born deformed, or more susceptible to supernatural influences.[12] While the book does not address why a human female impregnated with the semen of a human male would not produce regular human offspring, an explanation could be that the semen is altered before being transferred to the female host. However in some lore, the child is born deformed because the conception was unnatural.[citation needed]

King James in his dissertation titled Dæmonologie refutes the possibility for angelic entities to reproduce and instead offered a suggestion that a devil would carry out two methods of impregnating women: the first, to steal the sperm out of a dead man and deliver it into a woman. If a demon could extract the semen quickly, the transportation of the substance could not be instantly transported to a female host, causing it to go cold. This explains his view that succubae and incubi were the same demonic entity only to be described differently based on the tormented sexes being conversed with. The second method was the idea that a dead body could be possessed by a devil, causing it to rise and have sexual relations with others. However, there is no mention of a female corpse being possessed to elicit sex from men.[13]

In Arabian mythology, the qarînah (قرينة) is a spirit similar to the succubus, with origins possibly in ancient Egyptian religion or in the animistic beliefs of pre-Islamic Arabia.[14] A qarînah "sleeps with the person and has relations during sleep as is known by the dreams."[15] They are said to be invisible, but a person with "second sight" can see them, often in the form of a cat, dog, or other household pet.[14] "In Omdurman it is a spirit which possesses. ... Only certain people are possessed and such people cannot marry or the qarina will harm them."[16] To date, many African myths claim[citation needed] that men who have similar experience with such principality (succubus) in dreams (usually in form of a beautiful woman) find themselves exhausted as soon as they awaken; often claiming spiritual attack upon them. Local rituals/divination are often invoked in order to appeal the god for divine protection and intervention.

In India, the succubus is referred to as Yakshini and are mythical beings within Hindu, Buddhist, and Jain mythology. Yakshinis are the female counterpart of the male Yaksha, and they are attendees of Kubera, the Hindu god of wealth who rules in the mythical Himalayan kingdom of Alaka. They are the guardians of the treasure hidden in the earth and resemble fairies. Yakshinis are often depicted as beautiful and voluptuous, with wide hips, narrow waists, broad shoulders, and exaggerated, spherical breasts.

In the field of medicine, there is some belief that the stories relating to encounters with succubi bear resemblance to the contemporary phenomenon of people reporting alien abductions,[17] which has been ascribed to the condition known as sleep paralysis. It is therefore suggested that historical accounts of people experiencing encounters with succubi may rather have been symptoms of sleep paralysis, with the hallucination of the said creatures coming from their contemporary culture.[18][19]

Many, including King James VI, have also correlated the succubi to wet dreams, or nocturnal emission.[citation needed] During the time when succubus lore was created, any sexual activities that were not purposefully procreative were considered sinful. The succubi may well have been an explanation for men who could not control their biological function, yet wanted to stay faithful to their society.[citation needed]

From Wikipedia, the free encyclopedia
For other uses, see Lilin (disambiguation).

In Mesopotamian demonology, Lilin were hostile night spirits that attacked men. They had less power than gods. This was also the Hebrew word for both the succubus and incubus spirits of other legends as a single concept. This word, however, only included the sons and daughters of Lilith or a Lilith-like creature. Older, more physically and mentally mature spirits were known as Lilitu in Hebrew mythology.[1]

In Jewish mythology, Lilin (Hebrew: לילין) is a term for night spirits. In Targum Sheni Esther 1:3 King Solomon had lilin dance before him.[2][3][4][5] Lilith and her children, the Lilim, are considered to be night spirits. Lilith is also considered by older Jewish tradition to be Cain's wife.[6]

In the Syriac Apocalypse of Baruch, lilin come from the desert[7] and they are similar to shedim.[8]

Shedim is the Hebrew word for demons or spirits and also designates a supernatural creature in Jewish folklore. The word shedim appears only twice (always plural) in the Tanakh, at Psalm 106:37 and Deuteronomy 32:17. It was possibly a loan-word from Akkadian in which the word shedu referred to a protective, benevolent spirit.[3] Both times the term appears in the Tanakh, it deals with child or animal sacrifice to false gods that are called demons.[4] The word may also derive from the "Sedim, Assyrian guard spirits"[5] as referenced according to lore "Azazel slept with Naamah and spawned Assyrian guard spirits known as sedim".[6] Later Shedim became the Hebrew word for, that

According to one legend, the shedim are descendants of serpents, or of demons in the form of serpents, alluding to in the serpent in Eden as related in Genesis. To others they are descendants of Adam and Lilith. Another legend said that God had started making them, intending for them to be humans, but did not complete their creation because he was resting during the Sabbath. Even after the Sabbath, he left them how they were to show that when the Sabbath comes, all work must be viewed as complete.[8]

Shedim are said to have had the feet and claws of a rooster[9] and share some characteristics both of human and angels. Like angels, they know the future and have wings, but like humans they eat, drink, procreate and die. They can also cause sickness and misfortune.[10]

Supposedly, sinful people sacrificed their daughters to the shedim, but it is unclear if the sacrifice consisted in the murdering of the victims or in the sexual satisfaction of the demons. To see if the shedim were present in some place, ashes were thrown to the ground or floor, and then their footsteps became visible.

The shedim are supposed to follow the dead or fly around graves.

There are many things that one is admonished not to do in order to avoid invoking shadim, such as whistling or even saying the word "shedim." Rabbi Yehudah HaChasid wrote in his tzavaah that one should not seal up windows completely because it traps shedim in the house.

The shedim are not always seen as malicious creatures and are also considered to be helpful to humans. They are said to be even able to live according to the Torah, like Asmodeus.[11]

NSA or CIA SPY YOU? Use This Android APPS NOW! 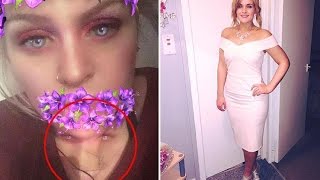 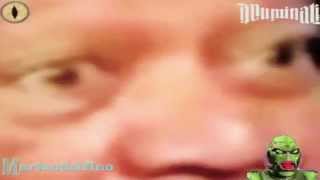 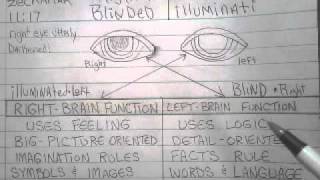 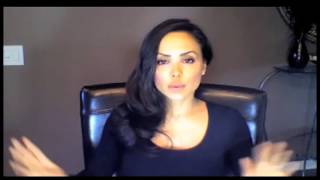 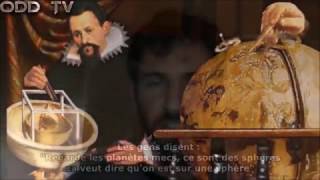 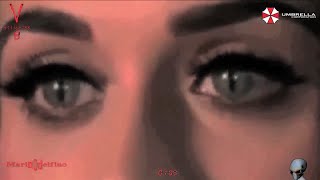